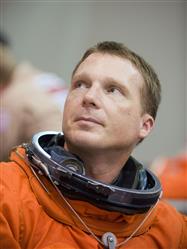 Colonel Terry Virts (ret) served in the United States Air Force as a fighter pilot, test pilot, and NASA astronaut. He is a graduate of the U.S. Air Force Academy, Embry-Riddle Aeronautical University, and Harvard Business School. On Feb. 8, 2010, he made his first spaceflight as the pilot of the Space Shuttle Endeavor during mission STS-130. His next launch was onboard the Russian Soyuz TMA-15M on Nov. 23, 2014, from Baikonur, Kazakhstan. In March of the following year, Terry assumed command of the International Space Station (ISS) as Commander of Expedition 43. Virts has spent more than seven months in space. He recently directed his first film, One More Orbit about his Guinness World Record-breaking mission in July 2019, celebrating the 50th anniversary of the Apollo 11 moon landing. His latest book, How to Astronaut: An Insider's Guide to Leaving Planet Earth, released worldwide on Sep. 15, 2020. He is one of only four astronauts to have piloted a Space Shuttle, flown a Russian Soyuz spacecraft, performed spacewalks, and commanded the ISS. Virts’ photography is also featured in his National Geographic book, View From Above. Virts currently travels worldwide inspiring audiences with stories from space and his insights into life on earth. https://terryvirts.com/