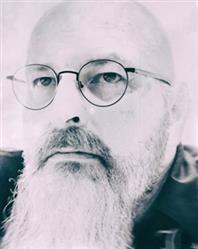 Chris is currently serving as a vCISO or advisor for a number of entities around the globe. His most recent projects are focused within the deception, identity, cryptography, Artificial Intelligence, and services space. Over the years, he’s founded or worked with a number of folks specializing in OSINT/SIGING/HUMINT research, intelligence gathering, cryptography, and deception technologies. Since the late 90’s Chris has been deeply involved with security R&D, consulting, and advisory services in his quest to protect and defend businesses and individuals against various types of attack. Prior to that he jumped out of planes for a living, visiting all sorts of interesting countries and cultures. He’s considered one of the world’s foremost experts on counter threat intelligence and vulnerability research within the Information Security industry. Chris has led or been involved in information security assessments and engagements for the better part of 25 years and has a wealth of experience with regulations such as GLBA, GDPR, HIPAA, HITECH, FISMA, and NERC/FERC. He has also worked with government, state and federal authorities on standards such as CMS, ISO, and NIST. Chris has been credentialed in many of the top IT and information security disciplines and as a CyberSecurity advocate and passionate industry voice, he is regularly featured in national newspapers, television news, industry publications and several documentaries.