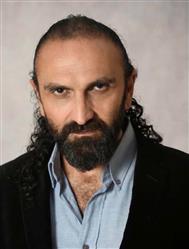 (Honored Actor of Armenia) Hovhannes Babakhanyan is an Armenian-American Actor and Singer. He is a SAG-AFTRA and Theatrical Union member. He has received four gold medals including the Woodrow Wilson Gold Medal, has won in multiple international Film and Theatrical festivals, and has been recognized by members of the U.S. Congress such as Laura Friedman, Eric Garcetti, Adam Schiff and Mike Gatto. In 2017, Hovhannes received the “Golden Microphone” Achievement Award, from Lucky Strike Film Festival In Beverly Hills, as a Best Singer. Hovhannes Babakhanyan was born on July 1st, 1968 in Yerevan, Armenia. He graduated from High School in 1984 and studied in Yerevan State Institute of Theatre and Cinematography (Acting), Remote Public University of Arts in Moscow (Fine Arts), and Komitas State Conservatory of Yerevan (Singing). During his study, in 1984, he joined the Yerevan State Drama Theatre named after Hrachya Ghaplanyan, with his mentor Armen Khandikyan. Hovhannes Babakhanyan played about 250 roles in Theatre, movies and On March 27, 2006 on the occasion of International Theater Day, Hovhannes was awarded the title of “Honored Actor of the Republic of Armenia” by the president of the Country. Now, he lives in Los Angeles, California. While living in the U.S.A., Hovhannes Babakhanyan received many different awards from the Armenian and American governments. TV,