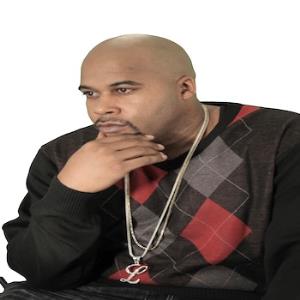 Charles Lovjoy hails from Detroit, Michigan. From a young age, Lovjoy nurtured a deep love for the entertainment industry, which has dictated much of his life's course. By the age of nine, Charles was writing songs, short stories, and poetry. Since 2011, Lovjoy has been acting and doing voice-overs. Charles Lovjoy is a professional actor, hip-hop artist, producer, writer, author, and voice-over talent. As a rap artist, Lovjoy has shared a stage with some very notable hip hop acts. Some of Lovjoy's most notable projects include a starring role in a comedy series called "The Plant," voice-overs for The Detroit Pistons and Detroit Tigers and a guest appearance on The Comedy Central Network on a show called “Detroiters.” Lovjoy's most recent projects include a non-fiction book titled "How To Fight Depression And Win; From Victim To Victorious," and the accompanying music for the book, an album entitled "Taurus." Whether music, songs, screenplays, fiction or non-fiction, Charles believes writing to be extremely therapeutic. Through his works, Charles intends to provoke thoughtful insights on the human condition and how we view it. Being a staunch believer in continuous learning and self-improvement, Charles has a rich educational background that accentuates his career. Throughout his career, Charles has been fortunate enough to interact with people from all walks of life, making him compassionate and respectful towards other cultures. Find him at: https://www.charleslovjoy.com/