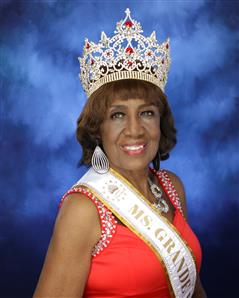 Dr. Queen Ida White, author, poet, and teacher, was born in America during the Great Depression. She was raised by a single Mom. She graduated from HS at age 16 and married her childhood sweetheart. Ida ended her marriage in 1967 and moved to St. Thomas, USVI with her two children. As a single mother, Ida took on the challenge of pursuing higher education earning a BA in Social Studies, an MA in Supervision and Administration and a Generalist Certificate in Para Legal Studies. Ida taught Social Studies for 8 years and was a Guidance Counselor for 10 years. Before retiring from the VI’s Board of Education in 1994, she earned a PhD in Counseling Psychology and in 2010 she earned a PhD. in Biblical Studies. Following the island’s devastation from Hurricane Marilyn, Dr. Ida began a 22-year service with the Federal Emergency Management agency, (FEMA) as an Equal Rights Officer, and later as a certified trained Chief of Staff. She retired from FEMA in 2018. In 1999, she won the Ms. Virgin Islands Senior America pageant and several subsequent pageants. As Ms. Senior Sweetheart of America International, she starred in an award-winning documentary, “Pretty Old, 2011”. She is now the only remaining star. She also appeared on the cover of a German documentary named “Senior Sweethearts”. She holds two lifetime pageant sashes, was awarded "Ms. Grande Dame Universe" and won the 2022 "Most Impactful Award". At age 87, she continues to follow her Formular for Living: C, C and C.