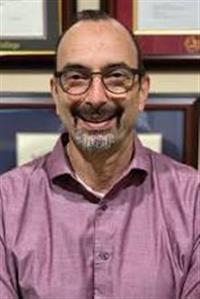 Dr. William Abboud DC is widely known in his profession as a physician par excellence. He is known far and wide as an expert Spinal Specialist and his clientele include's Major Airlines, MLB Teams and Corporate Moguls. Dr. Bill as he is affectionally known is sought after for his expertise in his field of specialty and the solid relationship builder that he has become. He and his lovely wife Grace founded a Magazine known as California Senior Guide in 2016 largely because of an unmet need in his own personal family. Since that time, his talents, expertise and communications to the Senior Community are widely recognized both by substantial Senior Organizations, Care Institutions, Mayor, City Councils and much more besides. Dr. Bill is a man who finds an unmet need and he meets it to the best of his ability and his track record speaks for itself. Today he is a practitioner with one of the largest Chiropractic firms in the Southern CA area. Twins Chiropractic and sought after by patients who swell the ranks of his offices with a robust daily appointment calendar. Dr. Bill Abboud gets the job done in many sphere's of both the practical and the entrepreneurial