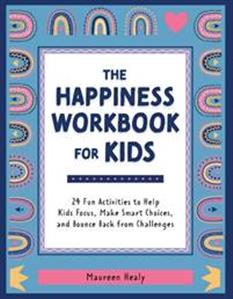 Maureen Healy is an award-winning author, educator, sought-after speaker, and leader in the field of children’s emotional health, especially resilience education. Healy’s award-winning first book, Growing Happy Kids, helped parents nurture a deeper level of confidence and resilience in their children. In 2019, The Emotionally Healthy Child (with a preface from the Dalai Lama), won the Nautilus Book Award, as well as the Book Excellence and Forward Indie. In describing her latest book, The Happiness Workbook for Kids (PESI), NY Times Best-selling author and Harvard professor Tal Ben-Shahar writes, “Maureen has provided an important antidote to the difficult times so many of our kids are going through these days.” With 15+ years of experience, Maureen has guided 1000’s of parents and their children, worked with educators globally, taught in the classroom, and keynoted throughout North America, Europe, and Asia. Since 2009, she has reached millions worldwide through her popular blog on Psychology Today and is a favored expert source for media channels such as the NY Times, Forbes and Scholastic Magazine, ABC, NBC, PBS’s This Emotional Life series, and Disney’s The Fatherhood Project, with Hank Azaria. Healy’s educational credentials include a BA and MBA from Clark University in Worcester, MA and a PhD program in Child Clinical Psychology at Fielding Graduate University in Santa Barbara, CA. Additionally, Maureen has studied with happiness teachers globally.