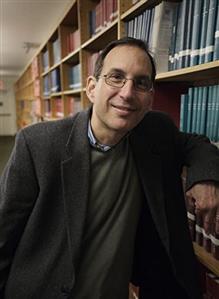 Dr. Joseph Turow is Robert Lewis Shayon Professor of Media Systems & Industries at the Annenberg School for Communication. He has authored twelve books, edited five, and written more than 160 articles on mass media industries. His most recent book is The Voice Catchers: How Marketers Listen In to Exploit Your Emotions, Your Privacy, and Your Wallet (Yale, 2021), https://smile.amazon.com/Voice-Catchers-Marketers-Exploit-Feelings/dp/0300248032. Turow’s continuing national surveys of the American public on issues relating to marketing, new media, and society have received a great deal of attention in the popular press, as well as in the research community. He has been interviewed widely about his research, including by NPR’s Fresh Air with Terry Gross, The Atlantic, the BBC, CBS News, and elsewhere. He has also written about media and advertising for the popular press, including the New York Times, The Atlantic, American Demographics magazine, the Washington Post, the Boston Globe, and the Los Angeles Times. His research has received financial support from the Digital Trust Foundation, the John D. and Catherine T. MacArthur Foundation, the Kaiser Family Foundation, the Robert Wood Johnson Foundation, the Federal Communications Commission, and the National Endowment for the Humanities, among others. Dr. Turow has received numerous awards for his work. See more about Dr. Turow at: https://www.asc.upenn.edu/people/faculty/joseph-turow-phd