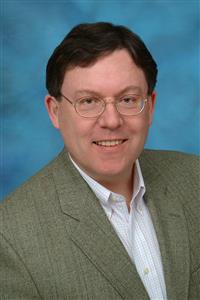 Stephen G. Post, Ph.D., is internationally recognized for his work with deeply forgetful people, their families and allied organizations. His book, "The Moral Challenge of Alzheimer’s Disease: Ethical Issues from Diagnosis to Dying," was designated a “medical classic of the century” by the British Medical Journal. Dr. Post began his work with “deeply forgetful people” while in Cleveland where he served as a professor at the Case Western Reserve University School of Medicine. He has published widely on dignity, ethics, and spirituality of caregiving, has been quoted in more than 3,000 international newspapers and magazines and is the author of 300 articles in premier scientific and medical journals. Dr. Post is also the author of several books, including the best-selling “Why Good Things Happen to Good People” and most recently, “Dignity for Deeply Forgetful People: How Caregivers Can Meet the Challenges of Alzheimer's Disease.” A graduate of the University of Chicago with training in psychology, world religions, and ethics, he is renowned for his work on compassionate care at the interface of science, ethics, spiritual thought, and behavioral medicine. He is the founder and current director of the Center for Medical Humanities, Compassionate Care, and Bioethics at Stony Brook University in New York. He also serves and President of the Institute for Research on Unlimited Love, which he co-founded with philanthropist Sir John Templeton.