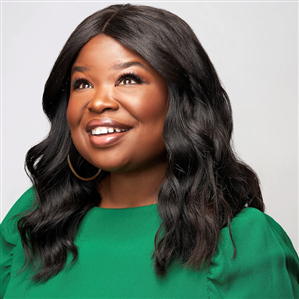 Angela Yvonne is a multifaceted entrepreneur who believes in living a life unconventionally and with authenticity. Born in Guam, she graduated from the University of North Carolina at Pembroke with a double Bachelor of Science in Broadcasting and Public Relations. She became a successful publicist working with luxury brands, securing opportunities and creating memorable events. Angela took a leap, moving to New York and becoming an on-air personality working with brands such as Arise 360, The YBF.com and, internationally, with Noni Chat in the UK. A natural communicator, she has appeared at Seed, Food and Wine, Vegan Women Summit, Animal and Vegan Advocacy Summit and more. The face of Vegan Pop Eats, a brand that is changing the perception of Veganism through conversations, cuisine and conscious Living, her goal is to show everyone how dope it is on the green side and meet people where they are in their journey to plant based living. She says, ”My conversion rate is 100 percent.” She has interviewed influential voices such as Senator Cory Booker, former NBA player John Salley, singer Mya, Jennifer Stojkovic, the founder of the Vegan Women Summit, Miyoko, and Jessica Cruz of Vegan Street Fair.