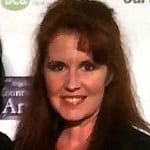 Dawn Fields is an independent film producer and the president of Palm Street Films, a feature film production company based in Los Angeles. She has over fifteen years of production experience working for such companies as Twentieth Century Fox, LucasFilm, Tri-Star, ABC, NBC Universal, Morgan Creek, Rat Productions, Lorimar, Orion and Aaron Spelling. Originally from Atlanta, Georgia, she worked in the southeastern film market for over ten years before moving to Los Angeles in 2000.  In LA she’s worked as a producer, director and editor. She also has a background in development, acquisitions and independent distribution. And she has several other feature films in various stages of development and production.