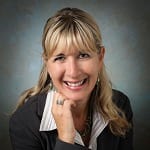 Just as a caterpillar sheds its skin and becomes a butterfly, Cella's life fell apart and she too was reborn. From the outside, life appeared perfect. As is the reality for many women, Cella thought it was her personal obligation to take care of everyone’s needs but her own. That is exactly what she did up until May 13, 2008. She was married to a military man for twenty years who was often absent during that time due to his job. This left her to raise two boys, work full time in the legal field, all while thinking it was perfectly normal to run herself into the ground. Cella’s own battle began as the perfect storm of circumstances came together to initiate her downward spiral into illness and depression. Feeling hopeless that she would never salvage the person she was before, Cella felt her only solution out of the pain was to take her own life. As an attempt survivor, she learned that the greatest resource was the healer within. Now she works with people to help them rekindle their passion for life. Through speaking, writing, and the dance arts, as well as the creation of a woman's support group, Cella helps others to manifest and transform their lives to find their personal empowerment.