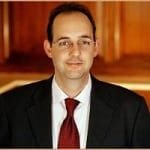 Chief Transformation Officer, Mashreq Bank David Horton is responsible for the strategic technology innovation initiatives of Mashreq bank, including the digital transformation strategy, future of branch and mobile banking/payments, and focuses on ensuring mashreq maintains its leadership position in cutting edge banking products and solutions. Previously David has worked as Mashreq's CIO, Head of Strategy, and Head of Infrastructure and Information Security in Mashreq. He has been living in Dubai for the past 7 years with his wife and four sons. Prior to joining Mashreq, David worked for 7 years in Bahrain for Investcorp Bank as the Chief Information Security Officer, and has held several senior IT positions in financial institutions in London such as Reuters, Lloyds Insurance and Accenture