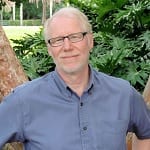 Dr. Al Power, www.alpower.net, is a board certified internist and geriatrician, clinical associate professor of medicine at the University of Rochester, and a Fellow of the American College of Physicians / American Society for Internal Medicine. He’s a Certified Eden Alternative® Educator. His book, “Dementia Beyond Drugs: Changing the Culture of Care”, won a 2010 Book of the Year Award of the American Journal of Nursing, and a Merit Award of the 2011 National Mature Media Awards. “Dementia Beyond Disease: Enhancing Well-Being” is to be released in mid-2014 by Health Professions Press. He’s recognized internationally. He’s a trained musician and songwriter, including “Life Worth Living” a celebration of elders and those who care for them. His songs have been recorded by several artists. Peter, Paul and Mary performed his song of elder autonomy, “If You Don’t Mind”, and Walter Cronkite used his song, “I’ll Love You Forever” in a 1995 Discovery Channel profile of American families.