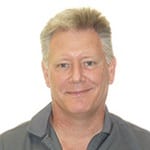 Professor Mark Smyth is regarded as an international leader in tumour immunology/immunotherapy and natural killer (NK) cell biology. He received his PhD from the University of Melbourne in 1988 & trained at the National Cancer Institute (USA) 1988-1992. After 8 years at Austin Research Institute Melbourne, working on mechanisms of lymphocyte-mediated cytotoxicity, he relocated to Peter Macallum where his studies on effector molecules collectively rekindled world-wide interest in cancer immune surveillance. A number of his discoveries have led to new clinical trials in cancer immunotherapy. Professor Smyth relocated to QIMR Berghofer, Brisbane (2013) as a Senior Scientist and NH&MRC Australia Fellow. He is a Senior Editor at Cancer Research, and a member of the Scientific Advisory Board of the Cancer Research Institute (USA). Learn more about Prof Smyth's research at http://www.qimrberghofer.edu.au/page/Lab/Immunology_Cancer_Infection/