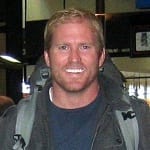 From MoneyDesktop’s inception, Ryan has directed the company’s strategic vision and has led its talented team to ever increasing levels of performance for its customers, partners and shareholders. He constantly promotes the mandate of revolutionizing the way people manage and spend their money. While still in college, Ryan founded and developed multiple Internet and tech businesses and drove them to multi-million dollar exits. Additionally, Ryan has spearheaded acquisitions and mergers for several startups he has directed. Ryan has worked for the smallest hot startups and the largest Fortune 100 companies. He has consulted in the US, Singapore and London for some of the world’s leading companies, including market leaders like Visa and Microsoft. He has also received multiple industry accolades, including being named to the Utah Business list of Forty Under 40, the v100 list of Top Venture Entrepreneurs and as one of the Utah Valley BusinessQ’s 10 Coolest Entrepreneurs