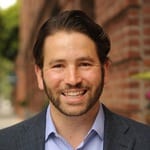 As Co-Founder and U.S. Managing Director, Sam is responsible for overseeing the overall strategic direction and day-to-day operation of Funding Circle in the U.S. Under his leadership, the U.S. business has grown exponentially since its foundation in 2012 and has emerged as the world’s largest online marketplace exclusively focused on small business loans. He co-founded the company after seeing how hard it was to get a loan for a small business, a successful gym franchise, he helped build.

Before co-founding Funding Circle, Sam served as Vice President of Business Development at SecondMarket, the leading marketplace for alternative investments. There, Sam was responsible for corporate and business development and the company's geographic expansion efforts. Sam was also part of the investment team at Pequot Capital, an $8 billion global fund manager, where he covered investments in financial technology and information services. He started his career as a strategy consultant at Katzenbach Partners, where he advised financial services and technology companies.