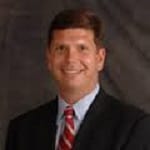 Scott Kmiec serves as the PGA of America’s first Senior Director responsible for overseeing the PGA’s charitable foundation. Kmiec oversees the programming, funding and strategic direction of PGA REACH and its three key pillars; YOUTH, MILITARY, and DIVERSITY/INCLUSION. Kmiec is a PGA of America “lifer” having spent 19 years with the PGA of America’s New Jersey Section prior to transitioning into his current role. His career as a collegiate intern with the New Jersey PGA in January of 1995. He quickly ascended to the role of Executive Director and was responsible for the operations of the Section activities including the NJPGA’s successful Tournament program–Junior Tour–and Employment/Club Relations activities. During his tenure, the New Jersey Section enjoyed significant growth in membership, sponsorship, and community engagement, the highlight being the creation of the NJPGA’s charitable arm, the NJ Golf Foundation. Under Kmiec’s management, the NJ Golf Foundation became a respected leader in the New Jersey golf community providing outreach programs for introduction to the sport for youth, women, and military veterans. The NJGF’s signature “Golf in Schools” initiative had grown to over 150 schools and 100,000 youth under his leadership and expanded the reach of the sport to locations across the state. The NJGF also partnered with Plainfield Country Club on a successful educational initiative called “The Path to College program,” which provided underserved families with scholarships, SAT preparation, college visits and counseling for their children to attain higher education. In 2012, the New Jersey PGA was honored by the PGA of America with the “Herb Graffis” award, which is presented annually to a PGA Section for its efforts in Player Development. Similarly the efforts put forth by Kmiec and his long-tenured team led the NJPGA to be announced as the most recent recipient of the Metropolitan Golf Association’s Distinguished Service award.