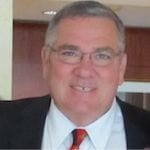 John Shinholser serves as the President of The McShin Foundation, which was founded in 2004 and named for its two recovering co-founders, John Shinholser and Carol McDaid. Shinholser and McDaid have dedicated their lives to helping individuals and families in or seeking recovery from the disease of addiction. Shinholser also served as Chairman of the board of Rubicon, Inc. (2012-14), Virginia's most comprehensive substance abuse treatment facility (230 beds). In 2005, Shinholser received the prestigious America Honors Recovery Award from the Johnson Institute and he also received, along with his wife Carol McDaid, the Caron Foundation's Outstanding Alumni Award. In 2006, Shinholser received the coveted OSAS (Virginia Office of Substance Abuse Services) Award of Virginia for Significant Contributions to the Field of Substance Use Disorder Recovery. Mr. Shinholser was the first recovering community member to receive this award. Under John’s leadership McShin won the Recovery Community Organization of the year Award for the United States in June of 2011. John Shinholser has been featured in Addiction Professional Magazine, Newsweek, The Richmond Times Dispatch (Flair, Metro, and Business sections), The Mechanicsville Local, Richmond Free Press, and Virginia Association of Community Service Boards 2005 Annual Report.John also has been in many news broadcasts and national documentaries to include The Anonymous People. John is an appointed citizen member of the 08-10 Virginia General Assembly joint Senate /House sub-committee on substance abuse (SJ77). John co wrote the Recovery Coach Manual and travels the country providing Authentic Recovery Coach Training. John was appointed an Honorary Deputy of the Richmond City Sheriff Office in July 2013. John currently resides in Hanover with his wife Carol and his daughter Mary Page. John is a United States Marine Corps veteran. He has been clean and in successful long-term recovery since August 10th 1982.