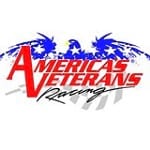 Pam’s relationship with Crystal Davis, began when both were in Army training in transportation, learning mechanics and vehicle care. Pam was wounded in action in Iraq just two hours short of the end of her deployment. She was shot while in her bunk, resting up for the trip to her next assignment. She is also a recipient of the Purple Heart She decided to leave the military to dedicate herself to raising her children and to return to college to study law. She now has a Bachelor’s degree in Criminal Justice and Human Services, Pam's friend, Crystal Davis, called her and told her that they had a terrific opportunity to get into NASCAR racing. Pam’s major function on the team would be the drivers “spotter,” a person who closely watches the race, seeing what the driver does, what the other drivers are doing, looking for opportunities to move on the track in relation to the other drivers.