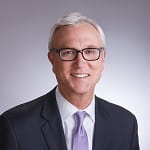 
Former US Congressman Chris Bell is seeking to become the Mayor of Houston, the nation’s 4th largest city, in the upcoming November Election. The current Mayor, Annise Parker, is term-limited after serving three, two-year terms. Recent polls show Bell amongst the top three candidates in a crowded field that is expected to require a December run-off. Bell, elected to Houston’s City Council in 1997, served under mayors Bob Lanier and Lee Brown and chaired the Fiscal Affairs Committee Chair and the Ethics Committee. In 2002, he was elected to the U.S. Congress, and selected as one of two freshmen to serve on the Democratic Whip Team. He served only one term in Congress, as a controversial mid-decade redistricting of Texas congressional seats made the re-election of some Houston-area Democrats difficult. Bell currently practices law with the firm of Berg Feldman Johnson Bell, LLP and has served on numerous national and community boards.