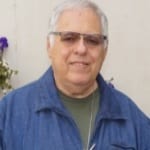 
Jerry Gillies started out as a broadcast journalist, ending up as a newsman and business reporter at NBC Radio in New York. He retired to Florida at the age of 32 to write self-help books and conduct workshops. In 1978, Moneylove was published and went on to sell over two million copies worldwide. His sequel, bringing his pioneering prosperity conscious principles into the computer age is called Moneylove 3.0, and in the Introduction he tells about one of his greatest learning experiences, 12 years in prison. Jerry has traveled around the world giving his message that prosperity is not just about money. He has recently explored writing and performing stand-up comedy, appearing at the Purple Onion in San Francisco and the Marsh Theaters in SF and Berkeley. He currently lives in Panama, is writing up a storm, with at least three books on his back burner, including an uplifting and funny prison memoir.