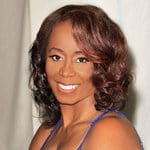 
Ms. Baker has been in the entertainment industry for over 20 years as a professional Stuntwoman/Stunt Coordinator. She has over 135 credits in the industry as a Stunt Performer. Ms. Baker also was the first African American Stuntwoman to Stunt Coordinating a big budget project “Introducing Dorothy Dandridge.” Ms. Baker currently is the executive producer of a documentary about African American Stuntwomen called "Hollywood at Its Best”. In addition, to her career as a stunt performer, she has been working as a Probation Officer for over 22 years. As a Probation Officer, she has worked with juvenile delinquents and developed several innovative and creative special programs for at risk teens. Ms. Baker discovered that at risk teens were quite intrigued with the entertainment industry. By co-mingling her expertise in dual careers, she plans on increasing the ratio of women working in the entertainment field by creating programs that would be captivating for at risk teens.