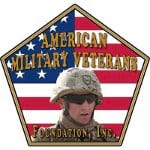 Cocoa Beach, along the Space Coast. As a kid he played sports in school, but he loved to fish whenever and wherever he got a chance. Fishing was one of the earliest childhood memories he has with his father and Uncle. He joined the United States Marine Corps in 1986. He attended boot camp at Marine Corps Recruit Depot Parris Island and had multiple sea service deployments. After a 11year absence from the military he joined the West Virginia Air National Guard’s 167th Airlift Wing. He worked for Department of Agriculture Rural Development as an area loan specialist. After career altering injuries in 2009, sustained by the hands of the Department of Veteran Affairs, he was placed on the Temporary Disabled Retired List and ultimately medically retired. He received a rating decision from Department of Veteran Affairs of 100 percent Disabled in March of 2014 and now devotes most of his time volunteering within our alternative therapy based programs.