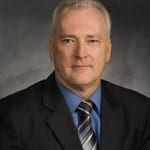 
Lance Kadatz has been the Executive Producer for the last 2 years, for a feature film called “She Has a Name” that was released in December 2016. It is expected that the success of the film will raise awareness of Human Trafficking. Through partnerships with agencies around the world, we expect to Fund Freedom by sharing revenue with our existing partners and new local partners to save thousands of people currently in bondage. In January 2017, Mr. Kadatz retired as the CFO of Rifco National Auto Finance, a publicly traded company on the TSX Venture Exchange. Lance co-founded Rifco in 2002 which has lent over $750M since inception. Rifco has been one of Canada’s fastest growing Companies since inception and grown from 2 employees to 100. In 2010, Lance was a finalist for the Ernest and Young “Entrepreneur of the Year” award for Western Canada. Lance Kadatz has been and will remain on the Board of Directors of Rifco. He has also serviced on the Board of Directors of Koinonia Christian.