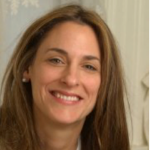 
Susan Senator is an author, blogger, journalist, and educator living in Brookline, MA with her husband Ned Batchelder. She has three sons, the oldest of whom is 27 and has fairly severe autism. Ms. Senator is the author of Making Peace With Autism as well as The Autism Mom’s Survival Guide and now, Autism Adulthood: Strategies and Insights for a Fulfilling Life. A journalist since 1997, she has published pieces on disability, parenting, and living happily, in places like the New York Times, the Washington Post, the Boston Globe, Exceptional Parent Magazine, NPR, Family Fun, and Education Week. Senator has appeared as a guest on the Today Show, MSNBC, ABC News, PBS, NPR and CNN. Her writings on Special Olympics took her to the White House in 2006, to a state dinner for Eunice Kennedy Shriver. Ms. Senator’s blog, publications, and events can be found on www.susansenator.com