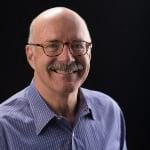 
Ralph S. Sheridan is a high technology advisor, a CEO, board director, mentor and business development specialist. He was CEO of American Science & Engineering from 1993-2003, a NASDAQ traded company that provides X-ray equipment for the detection of explosives, drugs, weapons and manifest verification for cargo. During his tenure, AS&E introduced 15 new products, was awarded 35 patents and increased revenues from $11 million to $65 million. Ralph is Managing Partner of Value Management LLC specializing in technology advisory, business realignment and early stage investments. He is an active member of Launchpad Venture Group and engaged in their screening committee for enterprise software startups. He has served in leadership capacities both with Young Presidents Organization (YPO) and with YPO-Gold, the world's largest global network of business leaders. Mr. Sheridan received both his BS in Chemistry and MBA from Ohio State University.