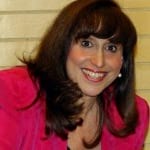 
Marilyn Anderson is the author of How to Live Like a Millionaire When You’re a Million Short. She is an award-winning television and film writer, author and playwright. She co-wrote and Executive Produced the 2015 family feature film, How to Beat a Bully. Marilyn has written for numerous television shows including Murphy Brown, FAME, Sherman Oaks, Facts of Life, Friday the 13th – the Series, and Carol & Company, starring Carol Burnett, Richard Kind and Jeremy Piven. She won a LUMINAS Award for the Positive Depiction of Women in Film and Television, and was honored by the Writers Guild of America as a writer of one of the 101 Best TV Shows of the past seven decades. She is also the author of Never Kiss a Frog: A Girl’s Guide to Creatures from the Dating Swamp, and was the Dating, Flirting and Kissing Coach on Extreme Makeover.