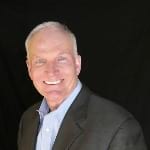 
Doug is an award-winning author of three books, a teacher, speaker, and a trainer. His fourth book De-Escalate: How to Calm an Angry Person in 90 Seconds or Less just released by Beyond Words/Simon & Schuster in September 2017.
He is a lawyer turned peacemaker. His calling is to serve humanity, which he executes at many levels and says his work carries him into many dark places. Using pragmatic and practical skills of peace, he helps people resolve deep interpersonal and ideological conflicts.
Doug is listed as one of the Best Lawyers in America since 2005 by US News & World Report, is a Northern California Super Lawyer and is one of 193 mediators word wide selected for inclusion in the International Who’s Who of Commercial Mediators. He was honored as California Lawyer Magazine Attorney of the Year in 2012 and is a Purpose Prize Fellow.
More about Doug at DougNoll.com