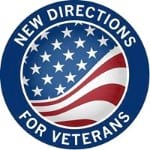 
Col. Kelly has over 30 years of active military service. She graduated cum laude from the University of California, Los Angeles (UCLA) with a Bachelor of Arts degree in Psychology. Simultaneously, she completed the Reserve Officers’ Training Corps (ROTC) program as a Distinguished Military Graduate and was commissioned a second lieutenant in the Signal Corps. She began her military service as a platoon leader and company commander in the 2nd Infantry Division (Republic of Korea) in 1983. She later transferred to the Aviation Branch and completed rotary wing flight training at Fort Rucker, Alabama, where she finished as the Distinguished Military Graduate for her class. She was trained to fly the Huey (UH-1), Blackhawk (UH-60), and Kiowa (OH-58) helicopters. Over her 30 years of service, Colonel (Retired) Kelley served on active duty in five Army divisions and was deployed to Panama, Somalia, and the Middle East in support of contingency and combat operations.