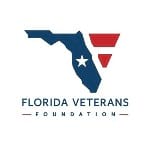 
Commander Baker United States Navy (ret)
Enlisted in the United States Navy in 1970. Served 28 years, retiring as a Commander. During his time in the Navy he was awarded three Navy Achievement Medals, Three Navy Commendation Medals and Two Meritorious Service Medals for his leadership in support of airpower missions ranging from Persian Gulf Earnest Will Missions to Middle Eastern conflicts.
He was recruited as the President of National Aviation Academy in Clearwater, FL. Following, he served as the Executive Vice President of First Coast Technical College for five years, State Supervisor for Workforce Education Curriculum at Florida Department of Education,and then became the Director of Flagler College, Tallahassee, FL.
He is an author most notably for “Restless Hearts, What if Fallen Heroes Could Go Home?” It has earned distinction in the Military Writers Society of America and Vietnam Veterans of America.