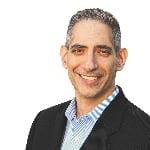 
Alan Russo joined REC Solar in October of 2015 as Senior Vice President of Sales and Marketing bringing 10+ years of enterprise and business leadership experience in the power and energy industries. Prior to joining REC, Alan was Vice President of Strategic Accounts at Bloom Energy leading Executive level engagements within the Fortune 500. During that time, he helped Bloom move from the “imagine a box” concept to successfully deploying and powering critical facilities with hundreds of Bloom systems across the country. Prior to joining Bloom Energy, Alan worked thirteen years for American Power Conversion (APC) in a variety of technical and front-line management positions, primarily in Europe and Asia. While at APC, Alan spent five years as Country General Manager for Japan based in Tokyo, and one year based in Shanghai, China as General Manager for Greater China and North Asia. Alan has a B.S. in Aerospace Engineering from Boston University.