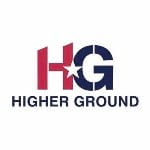 
Monty Heath Director of Military Programs joined the US Navy in 1993 to become a SEAL. He proudly served his country for 11 years. During this time he was deployed to multiple war zones and was twice awarded the Bronze Star with Combat Valor Designation. After honorably discharging in 2004, he led the US Navy’s SEAL Mentorship Program and the BUD/S Preparatory Program - the first two steps in the SEAL candidates' training pipeline. Monty then provided and managed executive protection details for Forbes 400 families, as well as managed a 614,000-acre eco-resort.
Currently Monty serves as: Director of Military Programs for “Higher Ground” which offers veterans a means to increase their quality of life through inclusive therapeutic recreation. Executive Director at VetToCEO, where he can help veterans succeed with business ownership. Director of Veterans in Business at PrimePay, where he helps veteran entrepreneurs in private business/franchise.