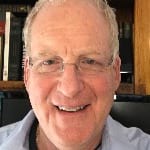 
Author and teacher Daniel J. Red Goldstein is a fourth generation native of Fort Worth, Texas, where he currently resides with his wife. Goldstein began his career working with his family’s jewelry business as a gemologist, jewelry designer and appraiser. In 1986, he joined Merrill Lynch where he excelled in financial planning and asset management skills, receiving several client services awards during his tenure. In 2009, he formed his own financial services firm where he still serves as its compliance officer and ambassador. Goldstein began his own corporate coaching consultancy in 2014. After realizing the universal value of his SpiritPoint℠ system, he turned his teachings into an acclaimed book, SpiritPoint℠: Balancing the Six Aspects of Life. He is particularly proud that his approach reaches a broad audience that cuts across age, gender, lifestyle and education. He spends his free time teaching, leading lectures and discussions in his community. Visit him at www.spiritpoint.net