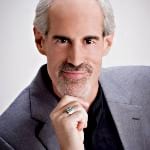 
Randall Libero, Senior Executive Producer at VoiceAmerica.com, is a producer with more than 25 years of professional experience across three major media industries; creative and technical film and TV production for network and independent television, broadcast news journalism, and Internet Radio and TV.
His career began as a cameraman, editor, and producer of TV pilots, documentaries, TV talk shows and commercials in Los Angeles during the 1980s. In the 1990s, he created the first online media research facility and historical news archive for the U.S. State Department’s International Bureau of Broadcasting and WorldNet TV.
Randall brought his expertise to VoiceAmerica in 2005, and since has produced shows for many of the network’s leading hosts. As Senior Executive Producer, Randall imagined and developed the design for the VoiceAmerica 7th Wave channel, which premiered in May 2006 and in ten years, has reached more than 50 million listeners internationally.