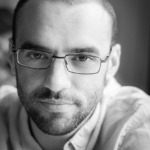 
Recently awarded with an Innovation and Inclusion Award by the Digital Diversity Network, Mauricio is the founder and co-president of Wise Entertainment. With his wife Katie, he served as executive producer of East Los High, an award-winning drama series that earned five Emmy nominations during its run on Hulu for its realistic portrayal of Latino high school students. Now complete, the show was the streaming platform’s longest-running original.
Mota began his career as an entrepreneur at the age of 15 by developing a storytelling board game with writer Sonia Rodrigues, which he sold door-to-door all over Brazil. It is now present in over 5,000 schools and later became a YA book collection that has been used by many Forbes 500 companies and the United Nations to foster creativity and innovation among their leaders. The patent for the game was used as the foundation for a literacy social network employed by 700,000 kids in public schools in Rio.