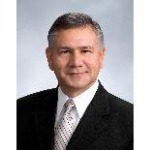 Alex is the VP/ Business Banking Sales Manager for US Bank in The Sacramento Market since 2011, Alex has received multiple awards in US Bank including 3 Annual Pinnacle Awards, in 2003, 2009 and the most recently in 2011, in which he also received a very prestigious award as THE TOP TIER BRANCH MANAGER OF THE YEAR. He and his team of Business Bankers have successfully sourced and booked tens of millions of dollars for Small Business owners in the communities they serve. Alex holds a Bachelor’s Degree in Agriculture and Managerial Economics from the University of California, Davis. In 2008 and 2009, Alex proudly served as the Chairman of the Greater Sacramento Community Board of CHW/Mercy Hospitals, which oversees the operations and service of 4 local hospital and 5 community clinics in the Sacramento Area. Alex served a total of 5 years in this Board. Alex served as Chairman of the Board of the Sacramento Hispanic Chamber of Commerce in 2002. He served on the Board for six years.