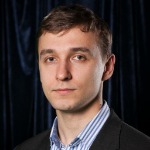 Ivan Pentchoukov has been reporting for The Epoch Times since 2011. He started as a local reporter in New York City and moved on to cover mayors Michael Bloomberg and Bill de Blasio from City Hall. Since 2016, Ivan has been covering the White House, the FBI's handling of the Russia probe, and topics related to child sex abuse and human trafficking. He lives in New York City with his wife and daughter.