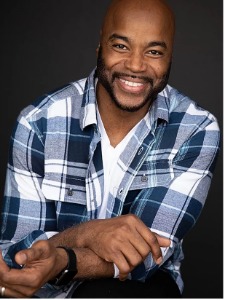 Ray Austin is a former professional football player for the Chicago Bears and the New York Jets. Recently he has transitioned from a career as a successful model and actor to a businessman. He is the Co-Founder of the Fan-Controlled Football League (FCFL), the world's first fan-run pro sports league. Both FANchise and the FCFL have received a great amount of press including publications in GQ, Slate Magazine, Sports Illustrated Online, Pardon the Interruption, Fox Sports, Fortune, Forbes, The New York Times, and The Wall Street Journal, to name a few. Acquiring partnerships along the way with Caesar's Palace, TWITCH, Wilson's, Fathead, Progressive Insurance, Tito's Homemade Vodka, Chatalyze, New Alchemy, and IMG, neither the FCFL or Ray Austin show any signs of slowing down any time soon.