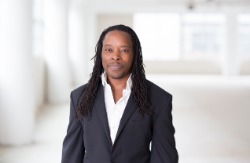 Omékongo’s writings and performances have appeared in O Magazine, as well as on TV and radio from CNN, BET, and the BBC to NPR, Music Choice, and Voice of America in millions of homes in over 150 countries. He has also written songs for major motion pictures as well as organizations such as NASA and the Enough! Project. He has spoken before the United Nations, partners with the State Department to conduct youth leadership trainings overseas, and speaks to leadership and youth student conferences across the country. Omékongo’s music and writings have appeared alongside artists such as Sheryl Crow, Angelina Jolie, Norah Jones, Damien Rice, Angelique Kidjo, Don Cheadle, and Mos Def. He has shared the stage with Wyclef Jean, OutKast, Sonia Sanchez, Dennis Brutus, Emmanuelle Chriqui, The Last Poets, and NFL great Aaron Rodgers. Internationally, he has shared his work in over 20 countries on 3 continents.