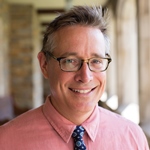 Jason has worked in college admissions and college counseling for over 25 years. He started working in college admissions at New York University in 1992 and continued his admissions work at Lehigh University from 1996 until 2003. He then moved over to the high school side of the desk as an Upper School Dean at Harvard-Westlake in Los Angeles, Calif. Jason and his family made the move to boarding school life in 2008 where he was as Associate Director of College Counseling at the Taft School. In 2010, he became the Director of College Counseling at Peddie School in Hightstown, N.J. In addition to working in admissions and college counseling, Jason has been a teacher, coach and dorm parent. He is currently the Head Varsity Girls’ Basketball Coach and does dorm duty with sophomore boys on Baum. In addition, he is on the Board of Trustees at St. Anne’s Episcopal School and The Delaware College Scholars Program.