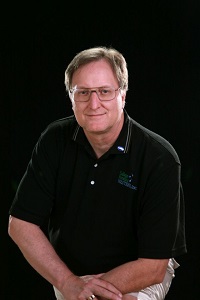 Mr. Helring is the CEO and Founder of TheHubmartLLC. He is an established executive with over 45 years of service enompassing Christian Ministries, Private/Corporate insurance, Public/Philanthropic Enterprises and Private equities sectors. His past tenures include owning his own General Insurance Agency from October 1977 to 1991. Serving as an Exec Dir of World Vision of Orange County from 1994-1998 inclusive as a President and CEO of a Community based Organization that worked with local governmental agencies from 1994– 1998. His most recent term includes being COO of Allure Med Aesthetics, Inc. from 2013 – present. On another note, from 2003 -2006, Mr. Helring was President of JMS Consulting Group, a private equities firm in Los Angeles and part of his duties included consulting with the VP of Benefits of the NFIB (National Federation of Independent Businesses), to bring forth boutique benefit offerings to their vast membership. In 2015, he was a background actor in the released movie “Ride The Thunder”. During his tenure, he assisted in the formation of a move in conjunction with the film, known as “Bridging The Gap”. This was a focus to reconcile USA Vietnam War Veterans with their ARVN, South Vietnamese Veterans after more than 45 years of separation. He officiated at 3 of these nationally scoped events and they resulted in hundreds of combat veterans both USA and ARVN reconciling and forgiving one another. Most recently, Mr Helring has become affiliated with ORU, the world’s first Social-International Transactional Payment Platform. Congruously, he has become involved in a firm known as RNetwork, Provo, Utah. RNetwork mission is to emancipate the transactionally challenged populace who have no means of access to global commerce. Mr. Helring’s resides in Mission Viejo, with his wife Rhoda. Mr. Helring’s combination of grass roots community involvement, strategic relationships formation and continued success as a visionary corporate entrepreneur distinguish him as an invaluable asset to the small business community at large.