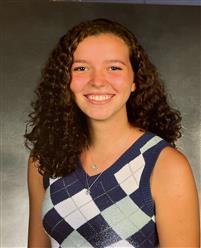 Born in New York City, Lea Wilson grew up most of her life in the big city, attending Acorn Pre-school, Philosophy Day School and Stephen Gaynor School. Diagnosed with dyslexia in 3rd grade, Lea was fortunate to have strong elementary and middle school guidance to support her learning needs, while pursuing her keen interest in the arts and myriad sports, including competitive figure skating, archery and sailing, and being on her school teams for basketball, volleyball and track & field. As Covid rooted itself, the family moved to a small, rural town in Connecticut, where Lea is now a junior at Lyme-Old Lyme High School. Complementing her athletics, she was named Outstanding Art Student—as a freshman & sophomore—exhibited at the Lyme Fine Art Academy Independent Show, and has done several commissioned works, as well as an NFT original creation pending minting & tokenization. An avatar creation contest award winner and 3rd Place in the National Crystal Science Creation, Lea Illustrated children’s books authored by her father: The Adventures of Little Lord Stevie; The Gorilla and the Dragonfly; The Connecticut Blue Bear. She enjoys time with her grandmother on the family’s century-old, upstate NY dairy farm and playing golf and tennis at a local club. Lea is the adoring sister of big brother Alden, who is in his first year of college, leaving her at the full attention of her proud mother and father, while she’s in the throes of college applications and imagining life on her own!