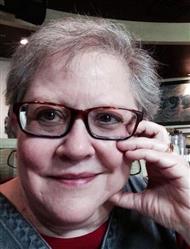 Ohio native, Joan Eisenstodt, born in the late 1940s, gave little thought early on to what her life would be. It was expected she would go from grade school through college, then marry and have children. As a child she remembers playing “teacher” but never “mother.” It was only after dropping out of college, working, and marrying young, that she began to consider options. In the early 1970s, Joan read a short article in Time magazine about a new organization, the National Organization for Non-Parents (NON), and about Ellen Peck and Shirley Radl, the founders. Intrigued, Joan contacted Ellen and Shirley, read Ellen’s book, “The Parent Trap” (1971), and began her journey to being childfree-by-choice. With the help of PPFA and their physician, Joan had a tubal ligation, at age 26. Joan became a spokesperson for NON, appearing on “The Phil Donahue Show” among many TV and radio programs, and helped arrange the national NON conferences. Not only did NON support Joan’s childfree choice, it enabled her to begin a career in the hospitality industry. When she appeared on the Donahue Show, with the now late Stewart Mott, a philanthropist who supported being childfree and NON, she was asked how she knew she’d never regret her decision to have children. She responded that it was better to regret not having them than to regret having them; she’d never (at that time) been in a car accident and knew she didn’t want to experience that. She just knew.