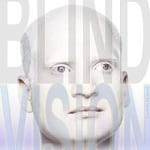 Ahmed El-Zoeiby obtained his bachelor’s degree in Pharmacy in 1994 from Cairo University, Egypt. He then worked as a teaching assistant in the Department of Microbiology and Immunology at the Faculty of Pharmacy in Cairo, where he was also enrolled in graduate studies in Microbiology. In 1997, he won a scholarship from the Canadian International Development agency (CIDA) to complete a master’s degree in Microbiology in Laval University, in Québec. He continued his doctoral studies in the same field. After obtaining his PhD in December 2002, he moved to Toronto to work as a postdoctoral scientist at the University of Toronto. He then moved back to Cairo University to work as a Faculty member at the Department of Microbiology and Immunology at the Faculty of Pharmacy from 2006 to 2008. In 2008, he moved back to Canada and completed his Pharmacy license requirements. He is currently a licensed pharmacist practicing in Ontario.