A depth of experience. A passion for radio—and communications in general. An eye toward the future. That defines our management team. While we’re at the cutting-edge of technology and pushing the bounds of Internet-based radio, we’re organized similarly to terrestrial networks, with a whole cadre of executive producers shepherding content to listeners. But here’s a peek at our highest level executives: 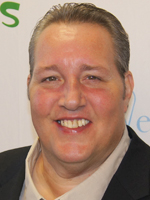 
Jeff Spenard has over 20 plus years of broadcast media experience and is currently the owner of World Talk Radio, LLC, home to the VoiceAmerica Talk Radio Networks. Mr.Spenard is the former President of Modavox's Internet Radio division and also served on the Board of Directors. Jeff has worked with over a thousand industry professionals to help them establish a foothold within the media community. In 1994 he acted as the director of development, managing sales as an Executive Producer for a 50,000 watt independent talk station in New England. Over the course of three years, while building and strengthening a consistent format, the independent talk station expanded and purchased an additional 50,000 watt station in Phoenix, AZ. Mr. Spenard provided instrumental leadership and guidance for the independent talk station's growth and transformation. Following several years of development and syndicating programs, He realized the opportunity to navigate his experience towards Internet Based Radio and became one of the leading minds in the industry. Starting in early November 1999 Mr. Spenard visualized a format which ultimately became VoiceAmerica, a key member and one of the original "co-founders" of the Internet Talk Radio Network. In time Mr. Spenard rose to the level of Network Director, Vice President, President and now CEO of World Talk Radio, LLC. Jeff has worked to develop over 1000 radio programs and has expanded his business into Internet TV and other multimedia divisions. As a leader in the field, Internet TV has become a major focus, and with the addition of Broadway and Hollywood, just two of many projects to come, Gateway Media Group LLC, which is the video production company and runs www.VoiceAmerica.TV, also owned by Mr. Spenard, will be another strength in the multi-media industry and adds a new dimension to the overall growth. In 2021 Jeffrey Spenard passed away. Jeff was one of a kind, a leader, a visionary, and a true Media Titian. Jeffrey spent the past +20 years in radio, internet radio, and media relations as a sales representative, to sales director, to President, and later a public and private company board member and officer. In 2010 Jeffrey successfully completed the acquisition of VoiceAmerica, the brand and name he carried since 1999, and became the CEO. Jeffrey was very proud of you, VoiceAmerica clients, all of you who create exceptional, timely, and relevant content. Jeffrey was excited to work with you, excited VoiceAmerica was part of your stories, and eager to see his team each and every day. We will miss you Jeffrey, we love you.


General Manager and Senior Executive Producer Robert Ciolino has a passion for everything Internet, with his earlier professional career in the world of online marketing, web development, and social media. When he realized the potential that Internet Radio has to reach the entire world with a message and how powerful that truly is, he just had to be a part of it! Robert believes that every VoiceAmerica host has their own unique flair and has developed shows with many of the network’s top hosts, whom he calls “truly passionate people”. Robert can often be seen interviewing keynote speakers and guests at many of VoiceAmerica’s Live Events across the country. Robert has traveled and lived all over the planet, from Germany to Hawaii, but has called Arizona home for the last 19 years. He also loves music and is a mean guitarist and performer who enjoys jamming on Saturday nights with his neighbors in Cave Creek, “Home of Cowboys and Caviar”. He lives with his wife Jennifer and their black cat Shadow. 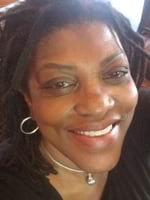 
Sandra Lynn Rogers was born in Chicago and relocated to Tucson, Arizona in the late eighties. She is currently enjoying her role as an Executive Producer and Network Director with VoiceAmerica. Sandra says "I love finding talent and hearing the passion of hosts on the Network. It has been a life changing experience. I thank GOD for all my family and friends, and all I've experienced in my life."


After graduating from the Ohio Center for Broadcasting, Aaron got an internship at a Cleveland radio station and eventually a news writer and production assistant position in the industry before finding his fit as a board engineer at VoiceAmerica. Aaron enjoys anything that has to do with Star Wars and is an avid video gamer. He enjoys talking to people and working with technology. He feels that he is able to fulfill both of those aspects of his life with his experience in the fields of broadcasting and customer service when he runs shows. His most important rule for new hosts: "HAVE FUN WITH THE SHOW AND DON'T WORRY ABOUT THINGS BEYOND YOUR CONTROL. THAT'S MY JOB AND I AM HAPPY TO DO IT" 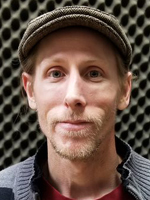 
Matt is the Lead Engineer at VocieAmerica and is always there to help hosts with any show related issues. Matt just makes Radio happen!


Dee Daniels is a seasoned journalist and broadcast professional, having worked in TV production, print news and broadcast media in a variety of locales including her home town of Chicago.Daniels worked as an on-air talent and in the role of Producer at several Chicago stations. She has also worked as a reporter for major news organizations in the Chicago market prior to moving to Arizona and working for VoiceAmerica, and World Talk Radio Networks. Media and communication is a passion for Dee. She is a digital strategist and brings that knowledge about the technology industry to her clients by exploring digital advertising, mobile and online as strategy measures for her radio hosts' overall success with their shows. Dee is also a published author on startups and technology, and a startup entrepreneur who loves helping others reach their goals by way of media and social engagement. Dee has an adult daughter, and loves spending time with family and friends exploring the Arizona mountains and sunsets. She enjoys travel, technology and impacting the world through the voices of her hosts at VoiceAmerica. 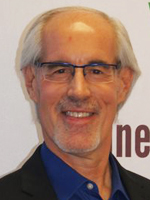 
Randall Libero is a producer with more than 25 years of professional experience across three major media industries; creative and technical film and TV production for network and independent television, broadcast news journalism, and Internet Radio and TV. His career began as a cameraman, editor, and producer of TV pilots, documentaries, TV talk shows and commercials in Los Angeles during the 1980s. In the 1990s, he created the first online media research facility and historical news archive for the U.S. State Department’s International Bureau of Broadcasting and WorldNet TV. His innovation earned him a major and prestigious agency award nomination for his efforts. He continued his career as a journalist for several years after writing national and international breaking news for CBS Radio and AOL Time Warner. Randall brought his expertise to VoiceAmerica in 2005, and since has produced shows for many of the network’s leading hosts such as Jack LaLanne, Dr. John Gray, Dr. John Demartini, Dr. Joe Dispenza, Dr. Zhi Gang Sha, actress Dee Wallace, Gary Douglas & Dr. Dain Heer, Brett King, and many more. As Senior Executive Producer, Randall imagined and developed the design for the VoiceAmerica 7th Wave channel, which premiered in May 2006 and in ten years, has reached more than 50 million listeners internationally. He is also the producer and host of the "Spirit of Film: Conversations" radio show, which ran as a live show on the network from 2006 - 2011. Randall is also a speaker on media industry subjects, a self-taught musician, playing both bass and acoustic guitar, a major cat lover, and a writer working on a number of book and screenplay projects. He lives with his wife in Phoenix, Arizona and has two grown children.


Tacy Trump joined VoiceAmerica in 2001 and is the network’s most veteran Senior Executive Producer. She has developed many long-running original and innovative shows, many on-air for more than a decade. Tacy found her calling here over 20 years ago and the rest is history. She has not only a keen eye for talent, but also supports her hosts to further their media objectives and marketing by working closely with each host to make their important messages shine. Her long list of network radio hosts include Joyce Bender, Kathryn Zox, Jay Taylor, Chris Cooper, and Jordan Goodman. Tacy manages a portfolio of clients on the Business, Empowerment, Variety, Health & Wellness, and Influencers channels. Her clients appear regularly in national and international media outlets such as MSNBC, CNN, Fox as a result of their long-running shows. Prior to joining World Talk Radio, LLC/VoiceAmerica, Tacy worked internationally and domestically for several companies on their marketing, design, and public relations efforts. Tacy received her BA in Studio Arts from Richmond, The American International University in London. She is a native of Philadelphia, PA, and lives in Tempe, AZ with her feline companion.


As a Phoenix Native, Lashika brings an array of experience to the network. She brings over 12 years of Business Development experience and is passionate about helping people explore and bring to reality their own passion in the world of Small Business, Entrepreneurship, and the Entertainment Industry. With a background in Artist Management, Marketing, Advertising, Film and Music Production, and Engineering, Lashika understands the hustle and commitment it takes to help your brand and make an impact on your targeted audience.


An avid reader, writer and father of two, Arizona native Jesse Jamison joins the VoiceAmerica Network with a background in traditional talk radio. "I relish being a talent scout and former executive producer with VoiceAmerica because everyday I'm making connections with some incredibly determined people, all on the cusp of taking that next step in their careers."