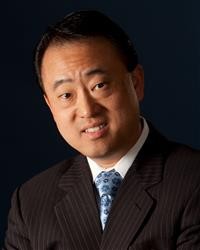 John Shin was nearly a year old when he and his family immigrated to Los Angeles in the early 1960's. His family first came to East Los Angeles then finally settled in Glendale where John grew up and attended high school. In grade school, he made his first $100 on candy sales with a goal to earn $150 to purchase his first bike. He got his bike, and this began his entrepreneurial spirit. Today, John holds a B.A. in Business Administration from University of Southern California, an M.B.A., and earned a Jurist Doctorate Degree in Law. For nearly two decades, he has empowered people to achieve peak performance in business, sales, money, teams, relationships and life. His clients range from the individual person seeking simple financial advice to Doctors, Lawyers, Fortune 500 companies, federal credit unions, Hollywood celebrities, and to professional athletes. He commands a sales force of nearly 6,800 agents, practices in 26 states, with all 42 offices throughout the United States.