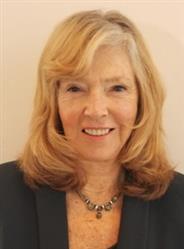 Ellen Hodgson Brown is an American author, political candidate, attorney, public speaker, and advocate of alternative medicine and financial reform, most prominently public banking. Brown is the founder and chairman of the Public Banking Institute, a nonpartisan think tank devoted to the creation of publicly run banks. She is also the president of Third Millennium Press, and is the author of thirteen books, including Web of Debt and The Public Bank Solution, as well as over 300 published articles, appearing in the New York Times, Huffington Post, Common Dreams, Truthout, Asia Times, Global Research, OpEdNews, Alternet, Truthdig, Counterpunch and elsewhere. Her most recent book, published in 2019, is Banking on the People: Democratizing Money in the Digital Age. Her blog articles are at http://EllenBrown.com. The Public Banking Institute is at http://PublicBankingInstitute.org. She can be heard biweekly on “It’s Our Money with Ellen Brown” on PRN.FM.